Converting a Makibox – Designing the Y-Axis

I’ve been iterating the Y-axis in Fusion 360. A common design I have seen on other moving-bed designs is four linear bearings – one bearing at each corner of the bed. The problem with this design is you lose the distance between the bearings in travel. Since I have only have a maximum of 165mm on this axis, I didn’t want to lose too much to dead play.

My first thought was use a single bearing on each side, introducing a minimum lost travel of 12mm (the width of the bearing). This looked like it would cause rotation problems, though – especially when dive cutting in the outer edges of the build area.​​​

I went back and looked the parts I could salvage from the Makibox, and it turns out I have four 170mm linear rods at my disposal. This means I can create a passenger carriage – one that isn’t driven by the lead screw, but instead is pushed along it’s rails by the bed itself. This design gives four points of contact, eliminating the radial moment of the two bearing design (Note: this doesn’t deal with linear rod or bed flex, just the rotation issue). The disadvantage is the base is now double the size, but as the bed would have moved outside of the frame envelope during operations, it’s not that big of a deal.

Here is a render of the Y-axis. If you imagine a bed on top of it, attached to the two carriages – the left (driver) carriage is driven by the lead screw, while the right (passenger carriage is pushed by the bed. (I tried making a video, but the Fusion 360 animation workspace doesn’t support animating joints!) 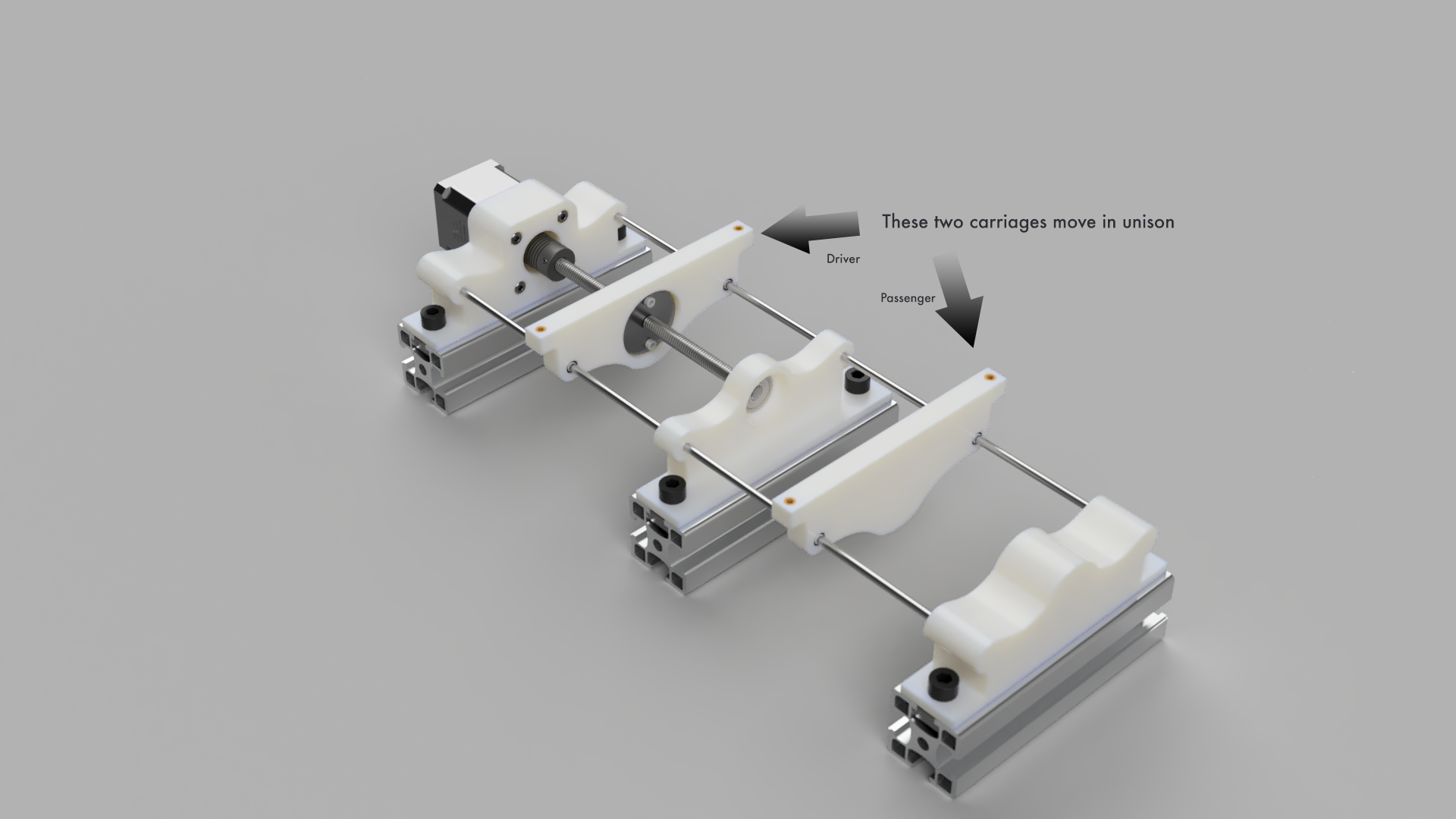 There are still a couple of side issues I still need to work out:

Next up: the X-axis