Initially I thought about mounting the electronics in the back of the H, trying to fit everything in the footprint of the mold. But if I could get lights on the back, there would be some cool effects I could achieve. To get a consistent glow, the LEDs would need to be wedged in the middle of the H.

This did make mounting the PCB difficult though. I decided that I would mount the H on a small plyth that would house the electronics.

Autodesk Fusion 360 can extrude type, so all I needed to do was pick my type face. I wanted something childlike (not Comic Sans) so I went with Titan One. 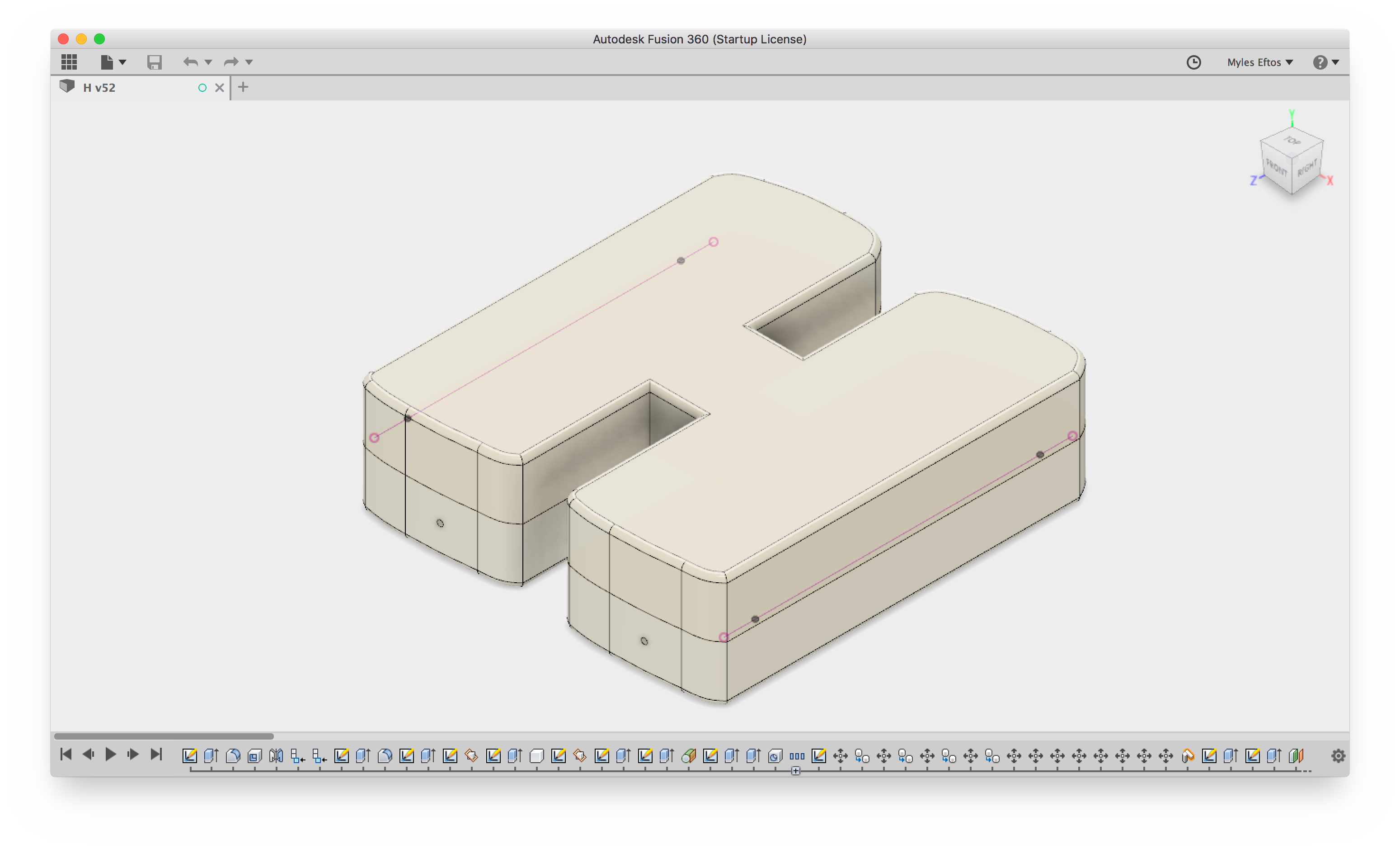 Next, shelled, then mirrored to form the two halves. I added some alignment holes, to make gluing easier and finally created some nubs that will act as anchors for the plyth. The nubs were printed as separate parts so I didn’t need to print supports.

Each of the two halves took around 2 hours to print. Of course, because of how FDM printing works, the result was pretty streaky. The silicon I had literally talks about how fine detail it is, so I would need to do something about the streaks.

My dad used to make scale model aeroplanes, and I always remember him filling the joints with wood putty and then sanding to get a smooth finish, so I thought I would try that.

It turns out the gaps were just too big, and using a water based putty while wet and dry sanding meant the putty would come off.

Next I tried an auto sealer that was supposedly sandable. This didn’t work either because it was too rubbery.

At this point I spent AGES wet and dry sanding, starting at 80-grit and worked my way up to 240 before I found out about auto primer/filler.

This stuff is designed to cover up small scratches in car body work, and is sandable, allowing you to get a really smooth finish.

I did two coats, and sanded with wet and dry, 400 grit, and then a final coat before finishing with an 800 grit. It worked really well. It also saved a lot of time – sanding to a smooth finish is hard. 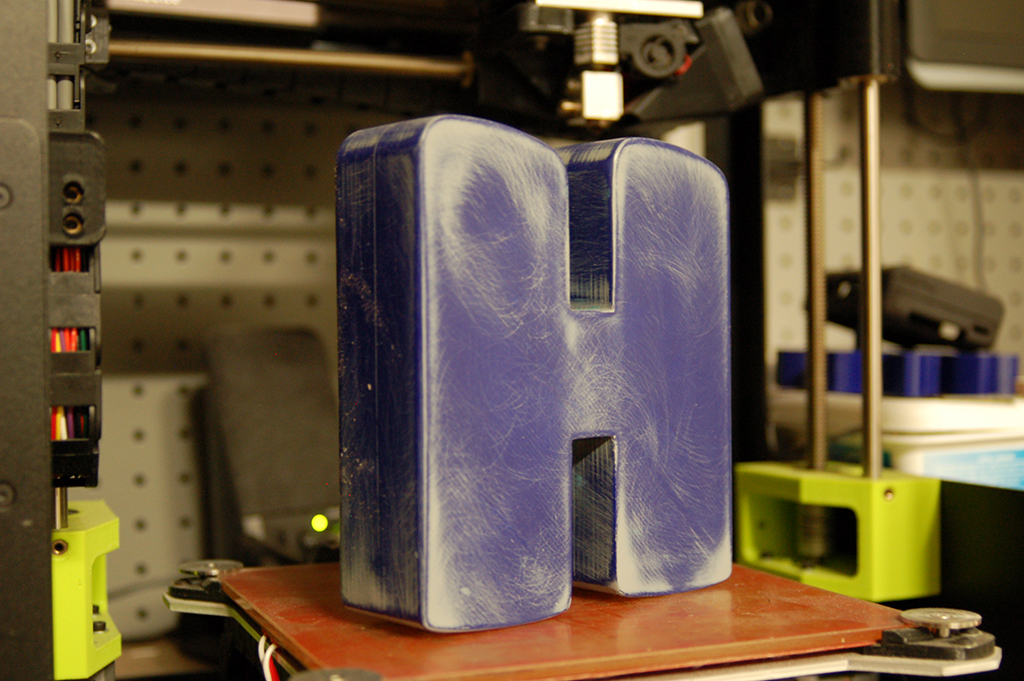